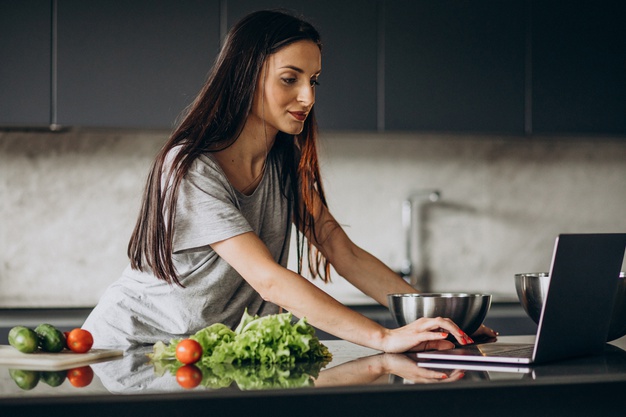 Among the most notable oddities twenty twenty has brought along has been the shutting down of restaurants. As a result, many turned to pots and pans in an effort to recreate some restaurant staples. Thanks to the multitude of talented chefs across the world who made their knowledge freely available on the internet, this was not a challenge. Here we list a few of the chefs we have followed this year to add variety on our tables.

Born to a Thai Mother and an Australian father, Marion rose to fame when she became a crowd favorite in the second season of MasterChef Australia. Her fresh approach of mixing Asian flavors with European classics ensured she caught the attention of the judges too. In spite of an early elimination from the show, she went on to carve a niche for herself in the culinary space in Australia. Having hosted TV shows and authoring multiple cookbooks, she has recently launched her own line of Thai sauces and marinades. Inspired by her mixed ancestry, Marion’s recipes are easy to follow and execute. Be it her Chicken Parmigiana, Thai Curry Meatballs or Baos – she makes the cooking look effortless and results easily achievable.

A renowned chef and a Chocolatier, Varun is also a food stylist. Regularly featured on Master Chef India as a Mentor-Guest, he has authored ‘Celebrate Life, Food and Wine’, which is a unique take on pairing Indian flavors with Indian wines. He runs a show called ‘The Bombay Chef’ on YouTube. Having cooked for the likes of Barack Obama, Narendra Modi, Vladimir Putin, he is one of the top celebrity chefs of India. Varun decodes complex global and Indian dishes, making them easy to recreate in any home kitchen.

Gemma is a professionally trained Chef and baker based out of Los Angeles. Originally from Ireland, she worked in many tiny kitchens in New York all the way to a Michelin starred restaurant in San Jose. She started Bigger Bolder Baking, an online baking platform to share the tips and tricks she learned along the way and to convey that one doesn’t need special equipment or rare ingredients to make something impressive. She believes it is all about taking risks in the kitchen and being confident. Today, she is the author of the cookbook of the same name and has easy recipes and tutorials to demystify western desserts. Ranging from her chocolate cake recipes to her icings, they are fool proof and easy to follow. Her videos have helped many people from around the globe take a plunge into the perplexing world of baking.

Jamie Oliver needs no introduction. Apart from being a world renowned chef, he is a champion for healthy school meals across the United Kingdom. Known for his approachable recipes from across the world, his cooking is simple and healthy. Be it a quick chicken roast or a Four Cheese Pizza, a five ingredient special or meat free Mondays, Jamie has quick and easy recipes for all. He has now started Cooking Buddies Club in an effort to encourage kids to start cooking healthy and nutritious food.

Based out of Melbourne, Australia, Archana Hebbar is a software engineer by profession and a food blogger by passion. She first started the page Hebbar’s Kitchen presenting simple step by step recipes from the Udupi cuisine. When that didn’t gain enough traction, she improvised to create short recipe videos. Since Indian food had never been showcased that way before, Hebbar’s Kitchen videos gained a lot of popularity. Now run by Archana and her husband Sudarshan, the website features vegetarian dishes from across the country., They hope to feature vegetarian recipes from different cuisines soon. The videos are not more than 2 minutes long and are hosted on various social media sites like Facebook, Instagram, YouTube and also available on their website Hebbarskitchen.com.

A fashion designer by profession, Chetna’s formal foray into the world of food began after her participation in The Great British Bake Off in 2014. Soon after the show, she released her first book, The Cardamom Trail, featuring mostly Indian flavors in some Western Bakes. She then followed that up by releasing ‘Chai, Chaat and Chutney’ which is about Indian Street food from the four corners of the country. As a part of research for this book, Chetna travelled to four different cities to understand the flavors and traditions around the dishes. The third book titled, ‘Chetna’s Healthy Indian’ showcases everyday Indian food that she cooks for her family. With a wide following including the likes of Jamie Oliver and Nigella Lawson, Chetna’s recipes are easy to follow and recreate. She has a host of recipes covering vegetarian, non-vegetarian and desserts on her YouTube channel.

The chef behind the famous blog Vegan Richa, Richa Hingle is the author of bestsellers Vegan Richa’s Indian Kitchen and Vegan Richa’s Everyday Kitchen: Epic Anytime Recipes with a World of Flavor. Many dishes from the Indian cuisine are already vegan or can be easily customized to be vegan. Richa’s recipes take the everyday ingredients to create plant based delicacies. Her Chickpea Flour Fritters are an easy hit just like her irresistible Coconut Flour Brownies.

Do you have a Chef that you followed through this year? Please share in the comments.

On the subject of me

How to Be a Step Ahead of Those Cravings